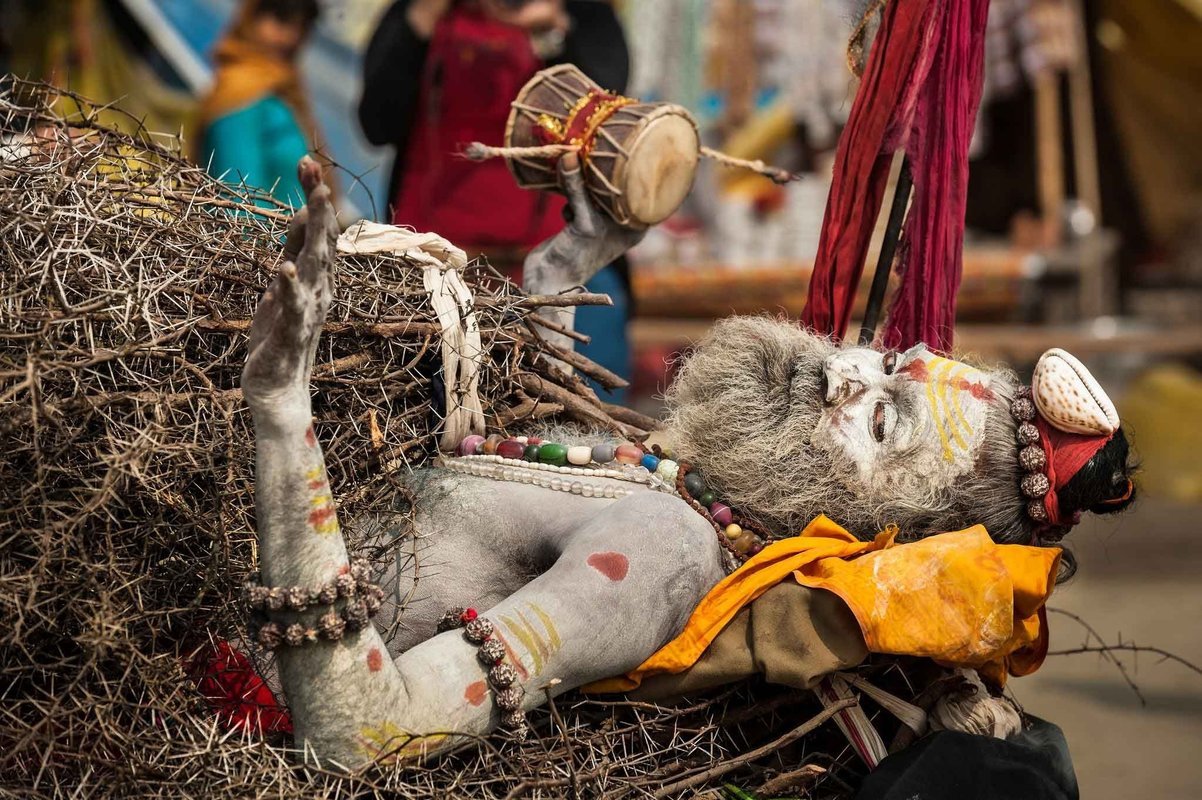 Join the most famous massive congregation of thousands of devotees from distant corners of the world in the Ardh Kumbh Mela 2019. Witness the power of devotions that brings people from different color, creed, and religion under one hood. Witness the power of spirituality that binds people from different walks of life to celebrate the festival of devotion together without any barrier. The sight of hundreds and thousands of devotees taking a dip in the sacred water of Ganga at the Triveni Sangam overwhelms every heart. Join the congregation of millions and witness the magnificence of the Ardh Kumbh Mela.

Showing 4 of 4 trips Sort by 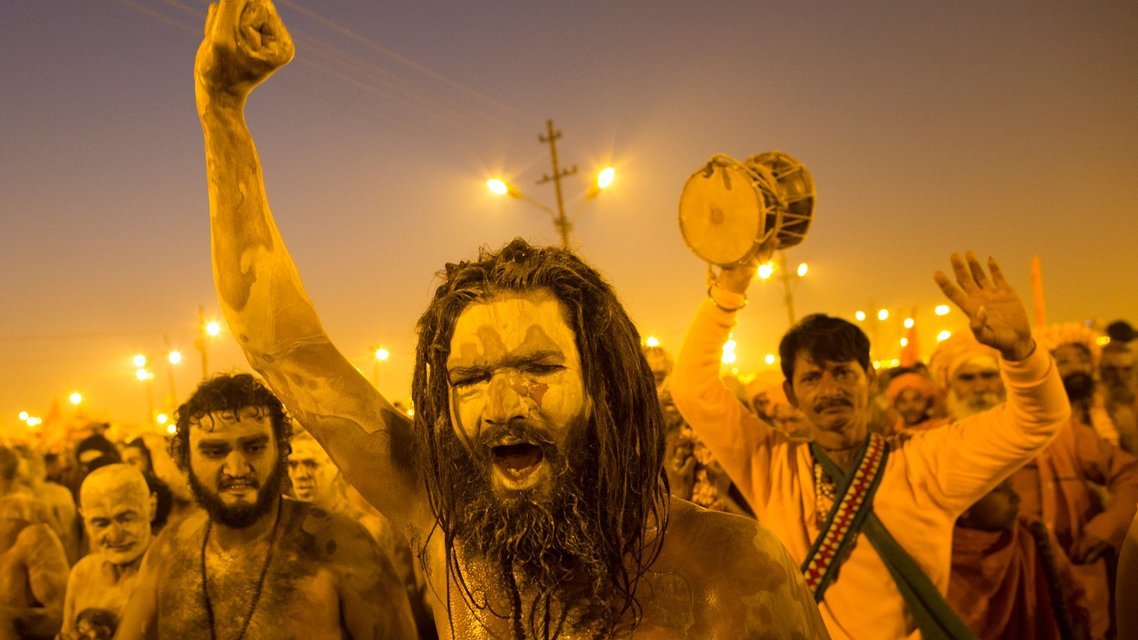 Ardh Kumbh Mela is not only a grand celebration of divinity but also an astounding visual delight. Many photographers from all over the world come to the ground of Ardh Kumbh Mela to capture the glimpse of the celebration. Well, you do not need to be a professional to capture something amazing with a click. All you need is the love for photography and a camera. You must have seen a mesmerising photograph of the ash-smeared sadhus and many people bathing in the river Ganga. Photographers often shoot bathing rituals and capture astounding shots of the celebration with a sunset backdrop at the Triveni Sangam. The Swiss Camp provides another amazing spot to get some inspiring photographs of the massive celebration. It is absolutely amazing to witness people coming from all walks of life and uniting for eternal devotion and spirituality. Hundreds of people take a dip together in the sacred water of river Ganga irrespective of their colour, cast, or creed. Pilgrims and devotees from all over the world assemble at the ghats of river Ganga to perform ritual ablutions, wash away their sins and receive blessings. Devotees believe that a mere dip at the Triveni Sangam confluence will provide them salvation. The visual delight is further complemented by the blissful smell of fuming joss sticks and ​mesmerising holy chants of the priests. Capture the excitement and exhilaration of the Ardh Kumbh Mela 2019 with our Ardh Kumbh Mela Photography Tour. 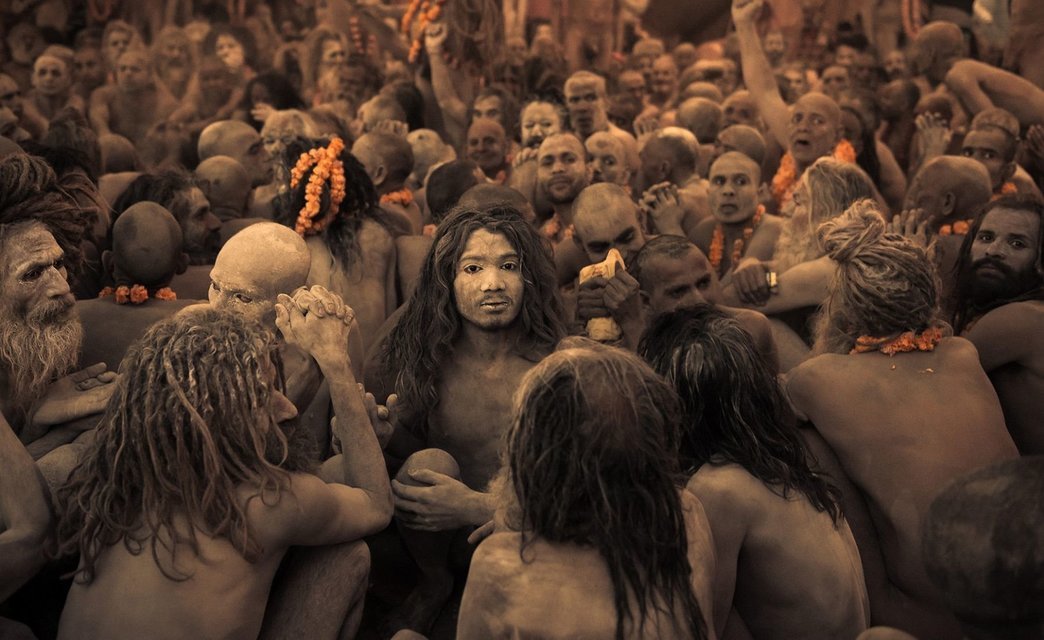 The water of river Ganga is believed to be sacred like an elixir. Since ages, pilgrims and devotees from all over the world assemble at the ghats of river Ganga to wash away their sins and receive blessings. Haven’t you heard about the famous Kumbh Mela in which millions of people take a dip in the sacred water of river Ganga amidst the blissful smell of fuming joss sticks and mesmerising holy chants of the sadhus? According to ancient mythological legends, demigods and demons had a war for the possession of elixir that was believed to provide eternal life. A few drops of the elixir fell on four places currently known as Prayag, Ujjain, Nasik, and Haridwar. The fallen drops of elixir gave mystical powers to the four places. Kumbh Mela is celebrated in each of these four places to remember their divinity and holiness. In fact, Kumbh Mela has been acclaimed to be the largest religious gathering and an intangible cultural heritage by UNESCO. Ardh Kumbh Mela is organized in every six years at Allahabad (Prayag) and Haridwar, on the basis of planetary movements. Millions of people from all over the world gather enthusiastically to be a part of the celebration. In the coming year 2019, the Ardh Kumbh Mela will be held in Allahabad located on the confluence of river Yamuna, Ganga, and Saraswati. It is believed that devotees who take a dip at the confluence move a step closer to Moksha and become free from worldly pleasures. The Ardh Kumbh Mela to be held in Allahabad in 2019 is expected to offer a lot to the devotees. Here, you will witness bare bodied Naga Sadhus covered with ash. And you will also witness the royal bath and joyous evening aartis. So mesmerising is the power of faith that results in the congregation of millions, irrespective of their cast and creed, in the Ardh Kumbh Mela every six years. Be a part of the exhilaration and excitement of the Ardh Kumbh Mela 2019 and witness the magic of devotion and faith. 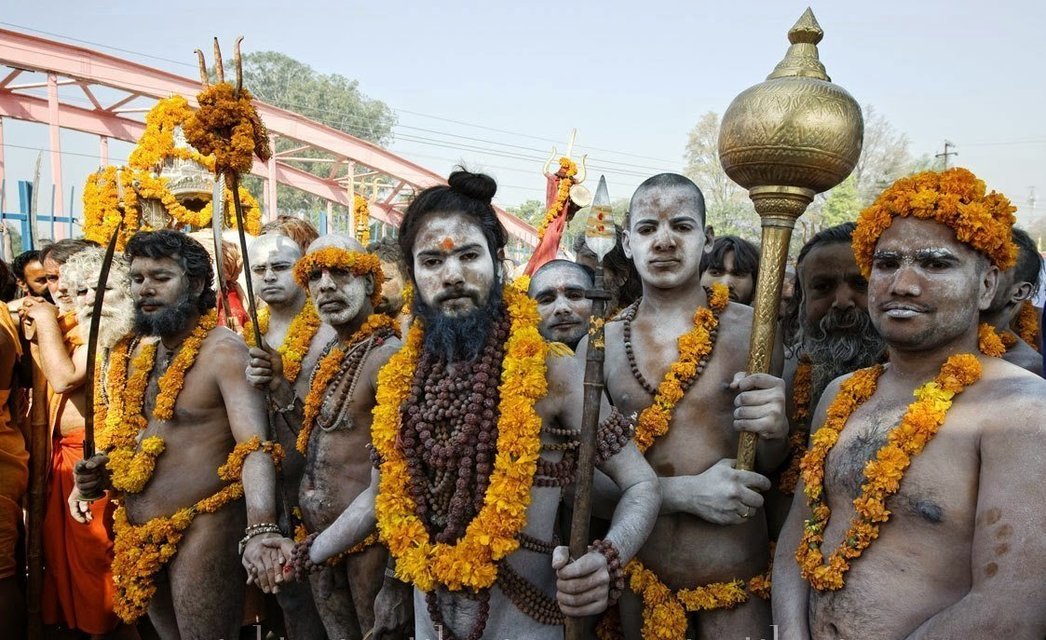 Since ages, millions of devotees from distant corners of the world assemble to have a holy gathering every 6 years at various sacred places. This holy gathering is often popularly known as the Ardh Kumbh Mela. It is believed that these sacred placed were blessed by the drops of an elixir. The Kumbh Mela is one of the largest holy gatherings of Hindu devotees in which the pilgrims take a dip in the sacred water of river Ganga in Haridwar, at the confluence of river Yamuna, Ganga, and Saraswati in Devprayag, at river Shipra in Ujjain, and river Godavari in Nashik. People from different walks of life assemble to be a part of this majestic event to attain divinity. According to ancient Hindu mythology, Deva and Asuras once had a continuous war. In order to cease the endless fight, they agreed on churning the milky ocean and equally dividing the spills. Numerous gifts, as well as deadly poison, came out of the ocean. The churning continued until a pot of elixir came out of the sea after 12 days and 12 nights. While the Devas and Asuras were fighting for the possession of the Amrit Kalash, a few drops fell at the four sacred places now known as Prayag, Ujjain, Nasik, and Haridwar. Kumbh Mela is conducted at these sacred places to be blessed by the divinity sanctified by the sacred elixir. Ardh Kumbh Mela is conducted every 6 years at the four places. Ardh Kumbh Mela is organized in Haridwar every six years when the astronomical position of the sun, as well as other astronomical figures, are favourable. It is believed that the water of the rivers at the four sacred places becomes charged with eternal divine powers during favourable planetary movements. Devotees from all over the world come to take a dip in the holy waters during Ardh Kumbh Mela in Haridwar and offer prayers to appease the Gods. They participate in bhajan, kirtan, and chat hymns at the river ghats. Be a part of the congregation of millions at the Ardh Kumbh Mela in Haridwar. Join the exhilaration and excitement and witness the strength of faith and devotion that brings millions at a single stage. 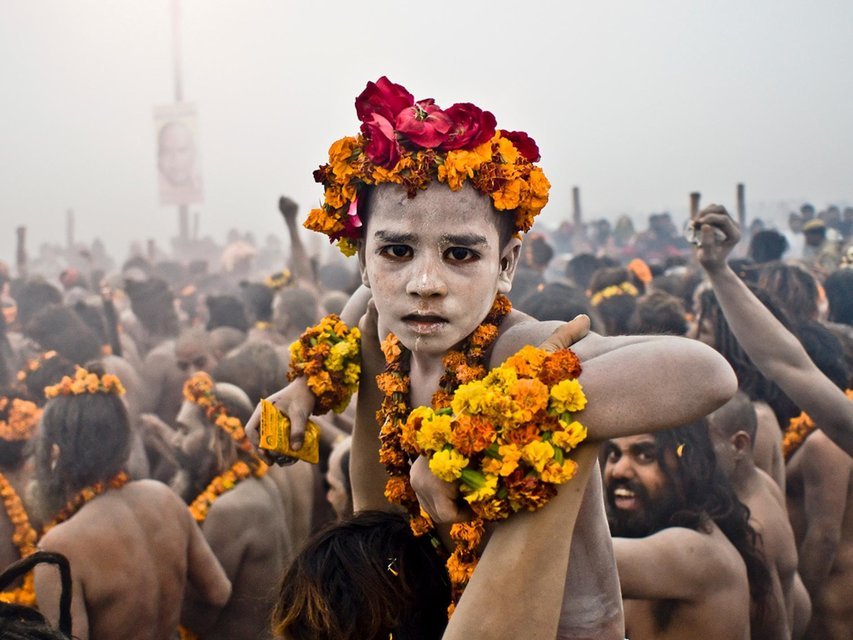 Allahabad, the city of Gods, is the most fascinating amongst the prime holy cities of India. Situated at the confluence of sacred rivers the Yamuna, Ganga, and Saraswati, the glory of Allahabad is mentioned in various mythological inscriptions and ancient Hindu texts. According to Hindu mythology, Lord Brahma offered his first sacrifice in Allahabad after creating the world. Hence its name Prayag which means a place of sacrifice. The place also holds special significance to the Hindus for being the nucleus of the Kumbh Mela celebration. According to Hindu mythology, during an ancient ongoing war between the demigods and the demons for the possession of Amrit, a few drops of the elixir fell on earth at four different places currently known by the name Allahabad, Nasik, Ujjain, and Haridwar. Kumbh Mela is organized at each of these places every 12 years and Ardh Kumbh Mela every 6 years on the basis of astrological calculations to celebrate their divinity. It is believed that during a specific time when the stars are aligned appropriately, the drops of fallen elixir provide divine powers to the water of the rivers at the four sacred places. Millions of devotees gather to have a bath in the sacred water to be blessed with the mystical powers. They believe that taking a dip in the sacred waters will provide them Moksha (Salvation) and frees them from the cycle of birth and death. People young and old, frail and fit belonging to different castes, creed, and regions unify to be a part of the divine celebration. The place of the Ardh Kumbh Mela gets overwhelmed with ash-smeared Naga Sadhus, Urdhwavahurs, Parivajakas, and Shirshasins. Devotees come from all over the world to witness the sadhus, participate in bhajan, kirtan, and chat hymns at the river ghats. Be a part of the glorious congregation of millions of devotees from different spheres of life as they unify to make the Ardh Kumbh Mela in Allahabad a grand success like always.

The Glory Of The Allahabad Ardh Kumbh Mela

The glory of the Allahabad Ardh Kumbh Mela is one of a kind where millions of people assemble to take a dip in the holy river Ganga to wash away their sins and achieve Nirvana. Devotees believe that a mere dip in the water of the sacred river will free them from the cycle of birth and death. The entire ground is filled with devotees to as far as you can take your eyes. A refreshing holy bath in the sacred water at the Triveni Sangam is indeed mesmerising and satisfying in itself. Pandas and priests perform various puja rituals at the Triveni Sangam to assist the devouts. Many cultural activities exaggerate the glory of the Ardh Kumbh Fair Ground. You can perform ablutions and pay homage to the Rising Sun which is worshipped as a God in India. Witness the saints as they take the royal bath. Capture glimpse of bare bodied, saffron clothed, matted-haired, and ash-smeared sadhus in various akharas. Submerge your soul in spirituality at the satsangs. Participate in religious rituals like devotional singing, religious discussions on Vedas and other holy scriptures often called the Shastrarth, religious assemblies, and mass feeding of men and women. Enjoy the calm of the river and the freshness of the air as the glittering ghats come alive in the evening. Be a part of the awe-inspiring glory at Allahabad Ardh Kumbh Mela.

Anecdotes About The Ardh Kumbh Mela

It is believed that at ancient times demigods and demons had a war. They were fighting for the possession of an elixir which was believed to provide eternal life. A few drops of the elixir fell on four places known by the name Prayag (Allahabad), Ujjain, Nasik, and Haridwar. The drops of elixir gave mystical powers to the four places. Ardh Kumbh Mela is celebrated every six years in Allahabad (Prayag) and Haridwar, on the basis of planetary movements.